Why Atlanta is setting up savings accounts for kindergartners 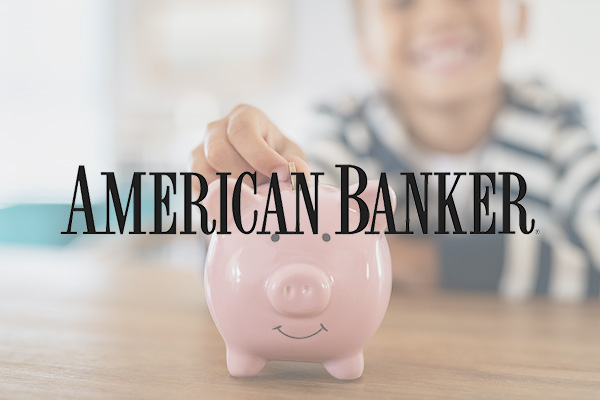 Can $100 change the trajectory of a child’s life? A new collaboration between the city of Atlanta’s public schools and a nonprofit organization focused on financial inclusion may help provide the answer.

Under the program, which will be administered by the nonprofit Operation HOPE, low-income parents will open savings accounts for their incoming kindergartners. The city will make an initial $50 deposit to kickstart each child’s saving journey, which Operation HOPE will match with $50 in a retail investment account.

The nonprofit also plans to bring financial literacy into the classroom, said Chairman and CEO John Hope Bryant. The intent is not just to give kids from low-income households a head start on saving for college, but to ultimately break the cycle of poverty, he said.

“This is really not about a $50 savings account. It is symbolic of what that $50 savings account represents,” Bryant said. “Once you own some stock, once you have an account, now you’re watching that grow and you’re a participant in the” financial system.

Other cities and states across the U.S. have implemented their own versions of child savings programs. The city of Boston first piloted a program at 11 city schools in 2016 and expanded it across the entire school system three years later.

Pennsylvania’s Keystone Scholars program deposits $100 into a 529 college savings plan for every baby born in the state. Pennsylvania families can also enroll in Fund My Future, which enters parents into monthly drawings for cash prizes when they make a deposit into their child’s account.

Proponents of child savings programs point to research showing that their mere existence seems to motivate children to think more seriously about their future. Students who have some form of college savings, no matter how much or how little, are three times likelier to attend college and four times likelier to finish it than those who don’t, according to research from the nonprofit Institute for Higher Education Policy.

That may be because parents of such children will likely talk to them about the money, and potentially discuss other future plans and expectations, said Tim Flacke, co-founder and executive director of Commonwealth, a nonprofit focused on financial security.

“The effect on college aspiration doesn’t seem to be tied so much to what’s in the account,” Flacke said. “It’s the fact that someone set up the account for you as a kid.”

Commonwealth worked with the city of Boston to conduct research about families that used its program. One key finding is that families value flexibility, so the Boston Saves program operates on a technology portal that essentially allows families to participate using the bank of their choice.

A perennial challenge with child savings accounts has been ensuring that parents continue to contribute after the account has been opened. Some programs, like Pennsylvania’s Fund My Future, use prize-linked savings to encourage ongoing contributions.

“It’s a lot like diet and exercise,” said Jeremy Resnick, a co-founder of the Fund My Future program and executive director at Propel Schools, a charter school system that piloted the program. “We’ve never had to convince people that saving is a good idea. We just have to make it a little easier and bring it closer to the top of mind.”

The Atlanta program, which is set to kick off in the spring of 2022, will be the first time that Operation HOPE has worked on a child savings account program, said Bryant, who founded the organization in 1992. The nonprofit is broadly focused on financial inclusion for low- and moderate-income people. Under one of its key programs, dubbed Hope Inside, Operation Hope partners with banks to place trained financial counselors inside of branches.

“This is literally just taking the infrastructure we already have and rewriting some of that to plug it into Atlanta Public Schools and laddering it up,” Bryant said. “It’s an easier job for us because of the business we’re already in.”

Parents will be given the choice to opt out, rather than opt in, at the time they register their child for kindergarten at one of the city’s public schools.

The savings accounts will be held at a Federal Deposit Insurance Corp.-insured bank, and parents will have some choice about which institution. So far, Bryant has enlisted the $530 billion-asset Truist Financial and the Black-owned Citizens Trust of Atlanta, with $655.7 million of assets, and he plans to bring more banks into the program. The investment accounts will also be held at one of the nonprofit’s financial institution partners.

The city is allocating $2 million to the program, which Bryant anticipates will last for a few years. Operation HOPE is prepared to administer the program through at least 2030, he said, and will get financial assistance from its private-sector partners, mostly banks.

With parents’ authorization, Operation HOPE also intends to track participating children through high school so that it can better understand the connection between financial literacy and broader academic achievement.

Though small-dollar deposit accounts don’t necessarily give an immediate boost to a bank’s bottom line, efforts to incentivize savings by kids can be seen as an opportunity for banks to form a strong emotional connection with potential customers.

“It’s hard to imagine something that is more central to a customer’s values and priorities than their children’s long-term welfare,” Flacke said.

Bryant argued that savings accounts will ultimately put these children on a more prosperous path in life. That should matter to financial institutions that are truly invested in their communities, he said.

“This is business development. Business is long term,” Bryant said. “The city is trying to increase its tax base. It wants more voters and more able-bodied citizens, and the way you do that is to invest in your future citizens.”