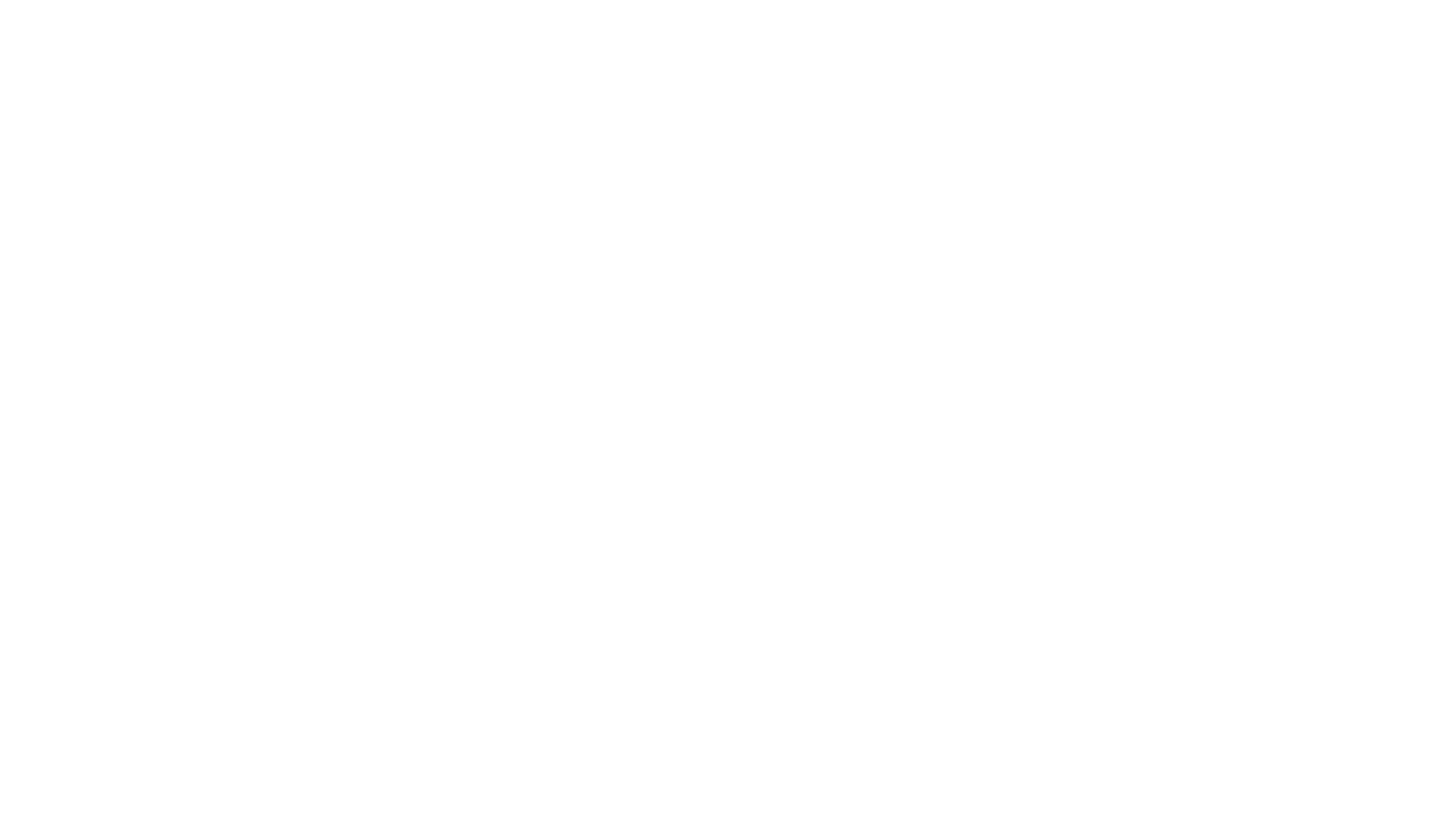 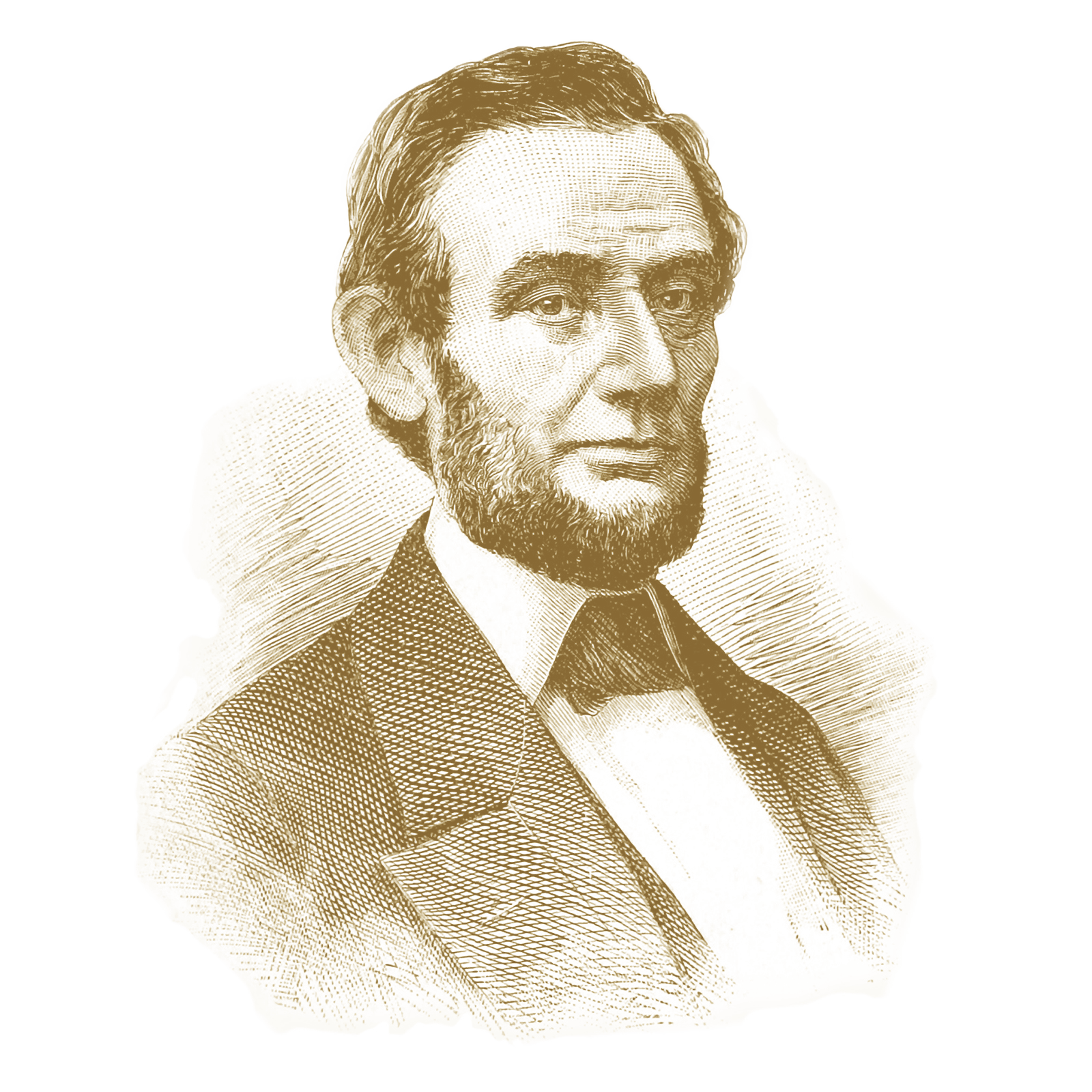 At the end of the Civil War, the United States Congress and President Lincoln recognized the need to aid newly freed black men and women in their transition to freedom. To support the land grants and other elements of the Freedman’s Bureau Act, a Freedman’s Bank was established on March 3, 1865 to help newly freed African Americans navigate their financial lives.

During its existence, The Freedman’s Bank maintained some 37 offices in 17 states, including the District of Columbia. At its height, the Bank had over $57 million in deposits (adjusted for inflation) and 70,000 depositors.

Five weeks after the creation of the Freedman’s Bank, President Lincoln was assassinated.

Seven years later, In June of 1872, the U.S. Congress voted to permanently close the Freedman’s Bureau. The Bank however remained operational and in 1874 Frederick Douglass was asked to run the Freedman’s Bank as its D.C. branch relocated to a new home across from the U.S. Department of Treasury, in a grand building which cost $260,000 to construct. 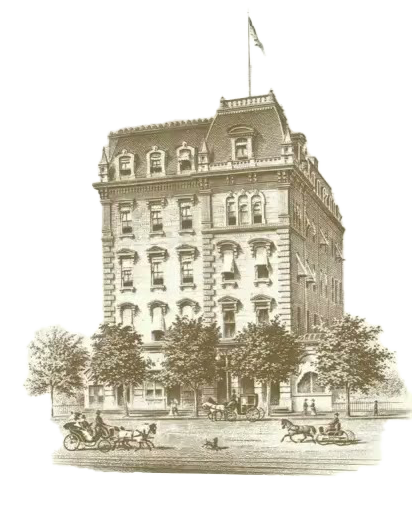 When Frederick Douglass arrived at the Bank’s new location in Washington D.C. he wrote:

“The whole thing was beautiful. I had read of this bank when I lived in Rochester, and had indeed been solicited to become one of its trustees, and had reluctantly consented to do so: but when I came to Washington and saw its magnificent brown stone front, its towering height, its perfect appointments, and the fine display it made in the transaction of its business, I felt like the Queen of Sheba when she saw the riches of Solomon, that ‘half had not been told me’.”

However, when Douglass came on as the Bank’s director, he found rampant corruption within the Bank and risky investments across industries being made with depositor’s savings. In a desperate attempt to stabilize the Bank, Douglass invested $10,000 of his personal funds, but sadly, later that year, in June of 1874 the Bank failed against the backdrop of the political forces that undermined Reconstruction. 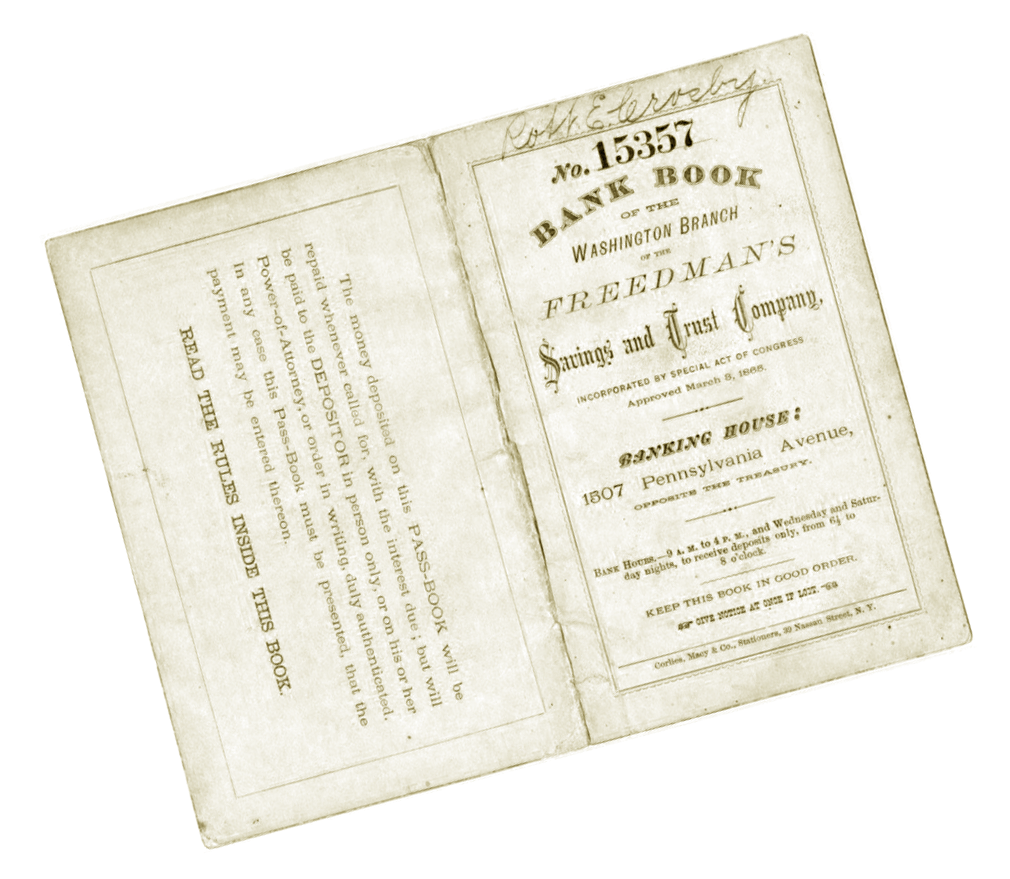 In the District alone over 3,000 depositors—both individuals and cultural institutions—lost their savings, adding to the overall total loss of $3 million. While the failure of the Freedman’s Bank was tragic and left many African Americans with feelings of distrust of the American banking system, the records created by the bank are a rich source of documentation for black family research for the period immediately following the American Civil War. The records of twenty-nine branches of the Freedman’s Savings Bank, including those of the Washington D.C. office, still survive today and are searchable at the National Archives.

Thousands of signature cards containing personal data about individual depositors, including names and ages of depositors, in some cases places of birth, residence, and occupations; names of parents, spouses, children, brothers, and sisters; and in some cases, the names of former slave owners. These records of the individuals, who lived through the transition from slavery to freedom, are the keys that allow their descendants to unlock the mysteries of their largely undocumented family histories.

Operation hope and the freedman’s bank

On January 7, 2016, at the urging of Operation HOPE’s Founder, Chairman & CEO, Secretary Lew publicly renamed the Treasury Annex Building, The Freedman’s Bank Building, in honor of the site where the Freedman’s Saving Bank once stood. Former Mayor of Atlanta and Senior Advisor to Martin Luther King Jr, Andrew Young gave opening remarks and positioned the historic ceremony within a broader history. The Secretary of the Department of Treasury, Jack Lew, then gave remarks and honored the historic legacy of the Freedman’s Bank as well as the work of those who had helped to bring the history to light. 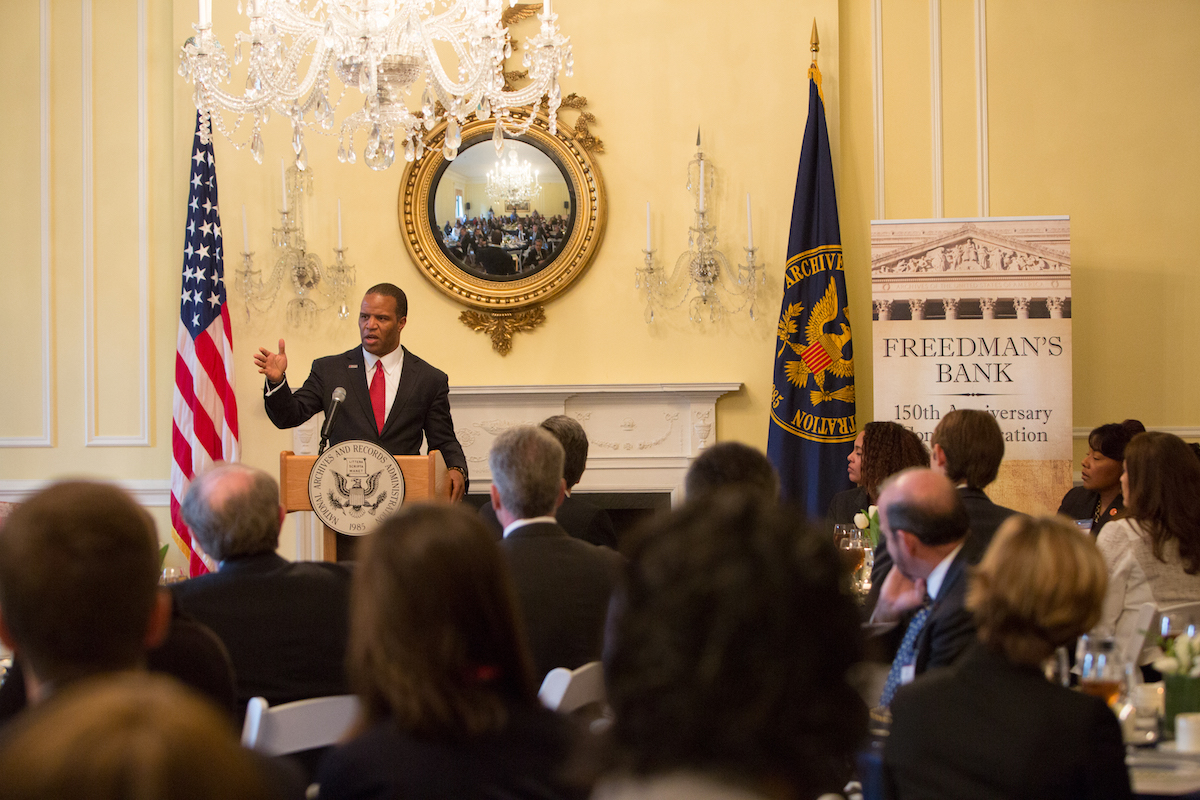 Approximately 50 million, or 1 in 6 Americans are not a part of the financial system and are what the FDIC would call “unbanked” or “underbanked”, individuals relying on payday lenders, check cashers, or without traditional checking or savings accounts. Operation HOPE provides financial education and counseling to youth and adults nationwide to help individuals gain access to the system and better manage financial decisions.

In order to unearth the important history of the Freedman’s Bank, Operation HOPE, the National Archives, and the U.S. Department of Treasury have come together to shed new light on the involvement of black Americans in the highest ranks of the U.S. Financial System. By 1874, almost half of the bank’s employees were African American in the roles of cashiers (the top officials at the branches) and assistant cashiers, clerks, or messengers. Here you can find rare photos from the U.S. Department of Treasury which show that history. 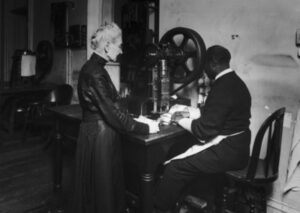 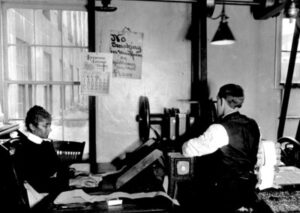 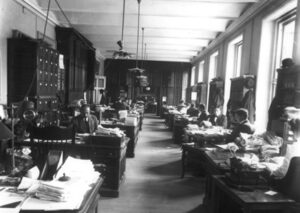 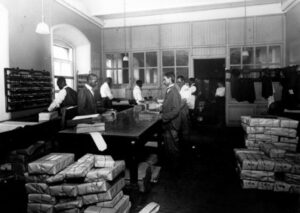 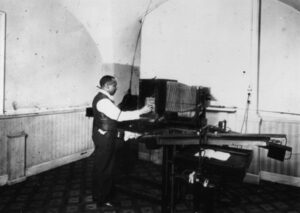 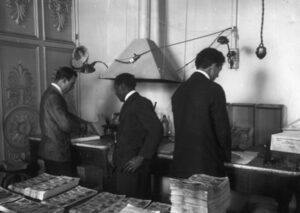 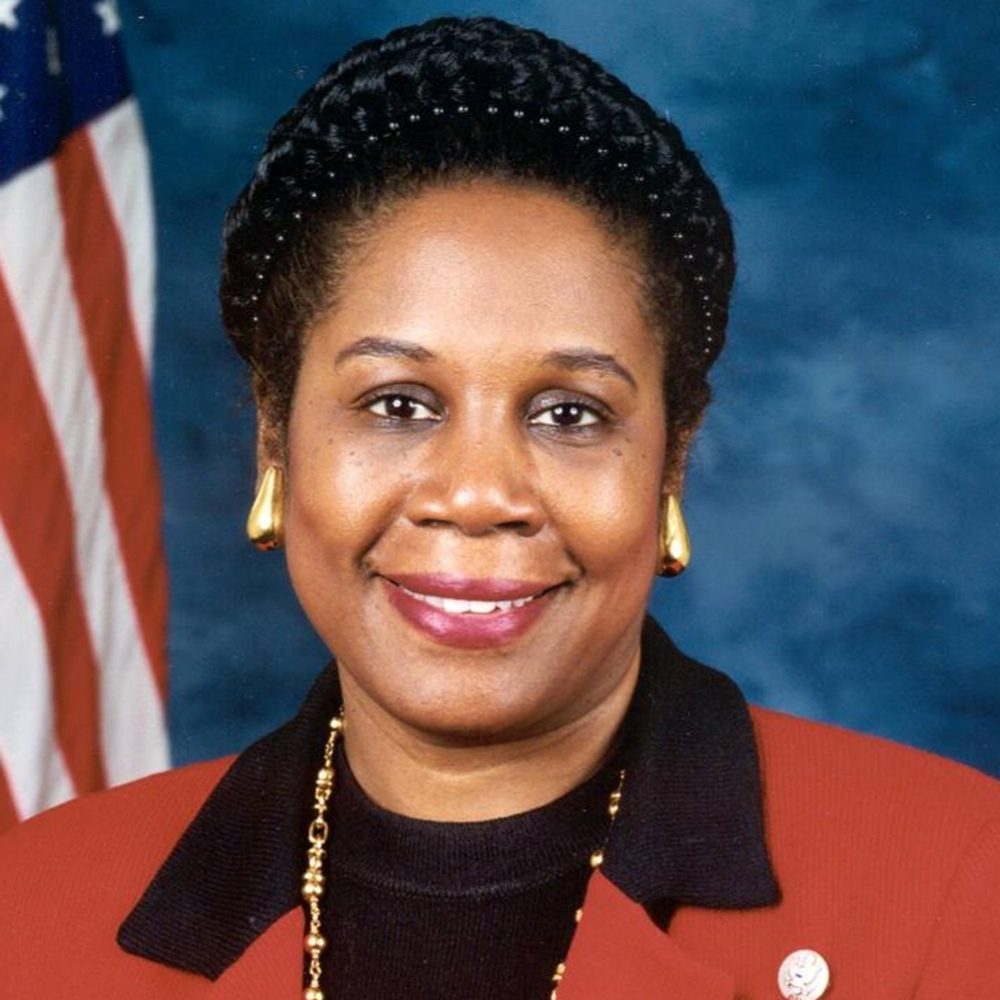 " ... None of this would have been possible without the leadership and persistence of John Hope Bryant and Operation HOPE whose mission continues the objective of the historic Freedman’s Bank – to provide financial freedom and access to capital for everyone.” 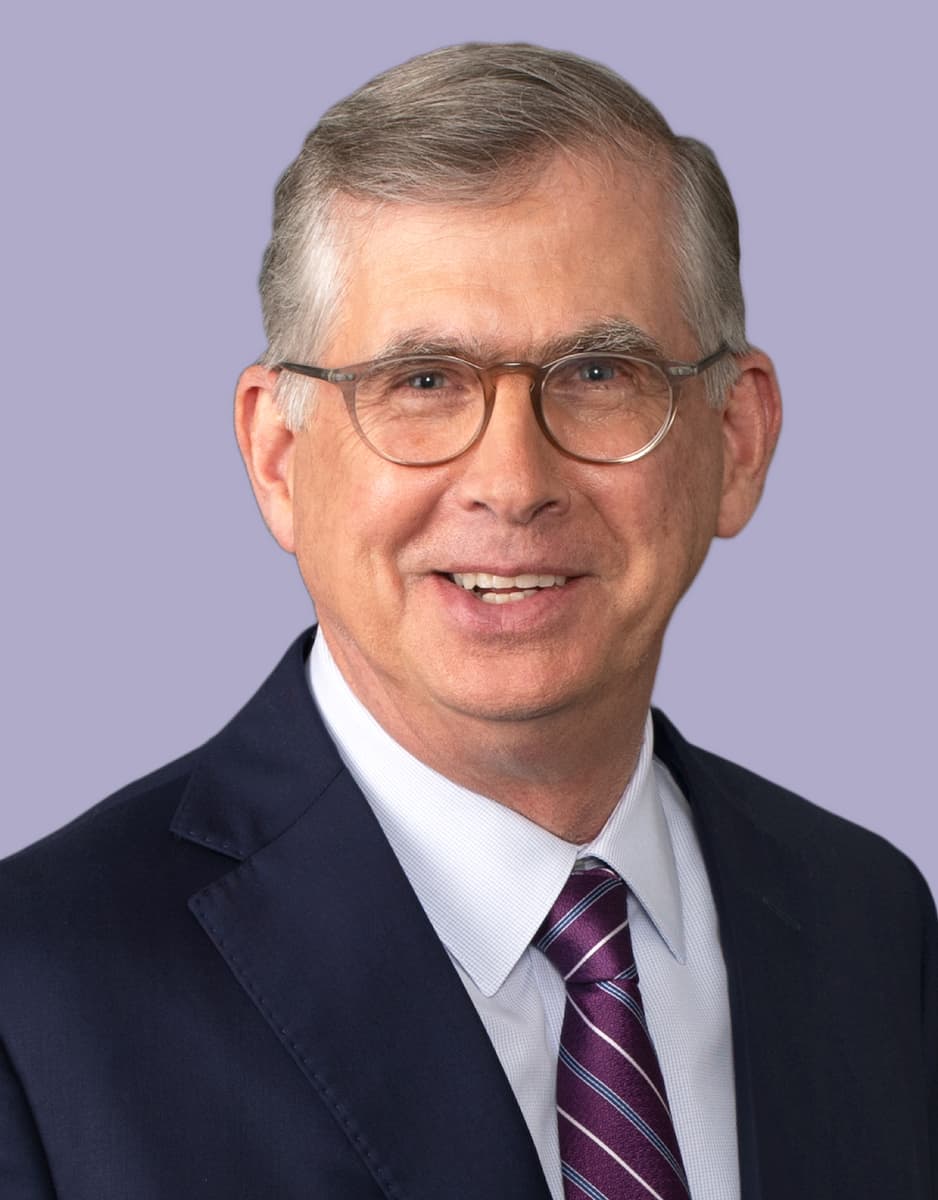 “We applaud the decision to rename the Treasury Annex as the Freedman’s Bank Building, as it will serve as a reminder of the progress in our industry and an encouragement to continue the practice of inclusion,”

"By changing the name to Freedman’s Bank Building the [Treasury] department is recognizing the importance of historical attempts to address the great economic divide and wealth inequality gaps of African-Americans following emancipation in 1865. At this time of deepening wealth and income inequality gaps in America, this is a critical time to recognize the truth of the legacy of slavery and the systemic institutional inequality that still exists and must be addressed today.” "In times like these, it is good to see leaders doing good, for no other reason than it is so. Good for all of the people. For this reason I take time to highly commend the US Treasury Department and Treasury Secretary Jack Lew, for taking this important step of renaming their Treasury Annex Building, directly across from the White House and the main Treasury building in Washington, DC, to the Freedman’s Bank Building."

FOR MORE INFORMATION ON THE HISTORY OF THE FREEDMAN’S BANK

Life of the Freedman’s Bank

Demise of the Freedman’s Bank

Renaming of the Treasury Annex Building

U.S. Treasury Celebrated the 150th Anniversary of the Freedman’s Bank