A little dirt never hurt anybody. 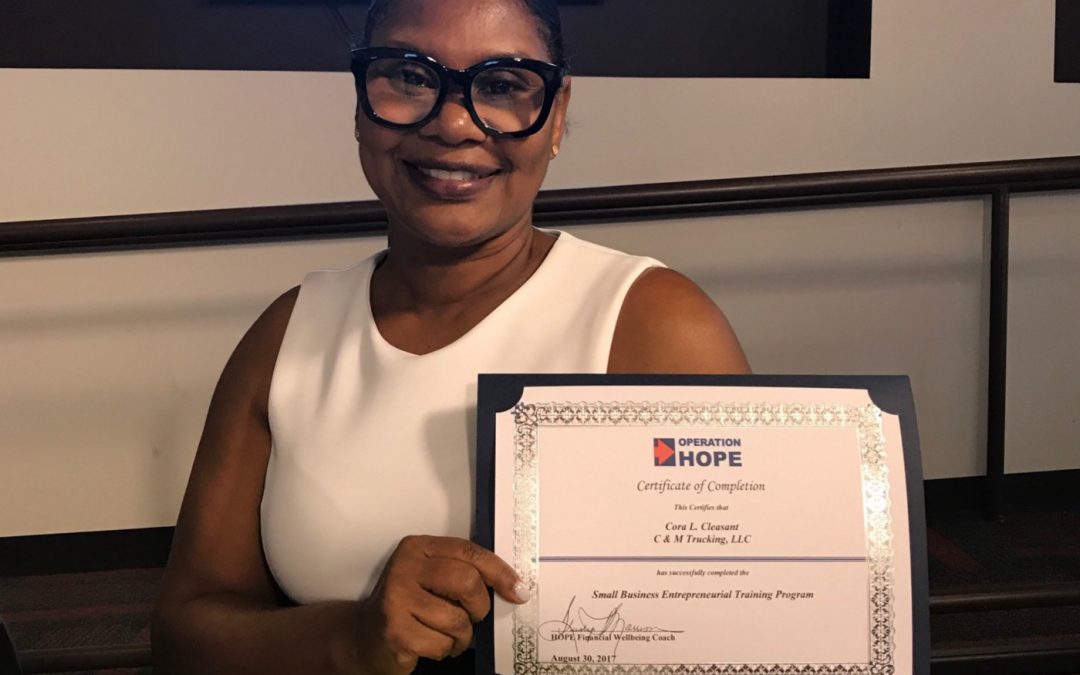 Latest posts by ecunningham@threefivetwo.com (see all)

Latest posts by tech (see all)

Latest posts by bt.support@operationhope.org (see all)

In 2017, Cora came to Operation HOPE eager to expand and continue the success that she had been enjoying for six years. “I came to Operation HOPE so that I could take my business to the next level. When I started attending the seminars with HOPE financial wellbeing coach Ms. Trudy Morrison I was already a business owner, but I wanted to learn more about business credit and how to acquire it. I’m working out of my home right now, but I’m ready for a new office space. I want my office to reflect where the company is headed.”

After attending the inaugural business credit and money management courses at Mason Temple Church of God in Christ, through HOPE’s partnership with First Tennessee Bank and the COGIC Urban Initiative, Cora successfully acquired the business credit that she sought after. Now she has plans to scale her business to new heights and expand her business offerings.

Cora’s story demonstrates that with discipline, guidance, and an unshakable sense of purpose any one can turn their vision into reality. Operation HOPE was happy to walk alongside Cora through her journey towards “better”, as we have for nearly 30 years with thousands of others. Your story of success and inspiration can start today, too. Just reach out to your local HOPE Inside coach and begin the journey today. Click here.

Millions of youth to benefit from 10-year commitment ATLANTA – September 16, 2021 – Operation HOPE today announced that TIME for Kids is joining Financial Literacy for All (FL4A), a coalition dedicated to embedding financial literacy within...

Millions of youth to benefit from 10-year commitment ATLANTA – September 16, 2021 – Operation HOPE today announced that TIME for Kids is joining Financial Literacy for All (FL4A), a coalition dedicated to embedding financial literacy within...

The page you requested could not be found. Try refining your search, or use the navigation above to locate the post.