“I’m no longer defined by one mistake.” 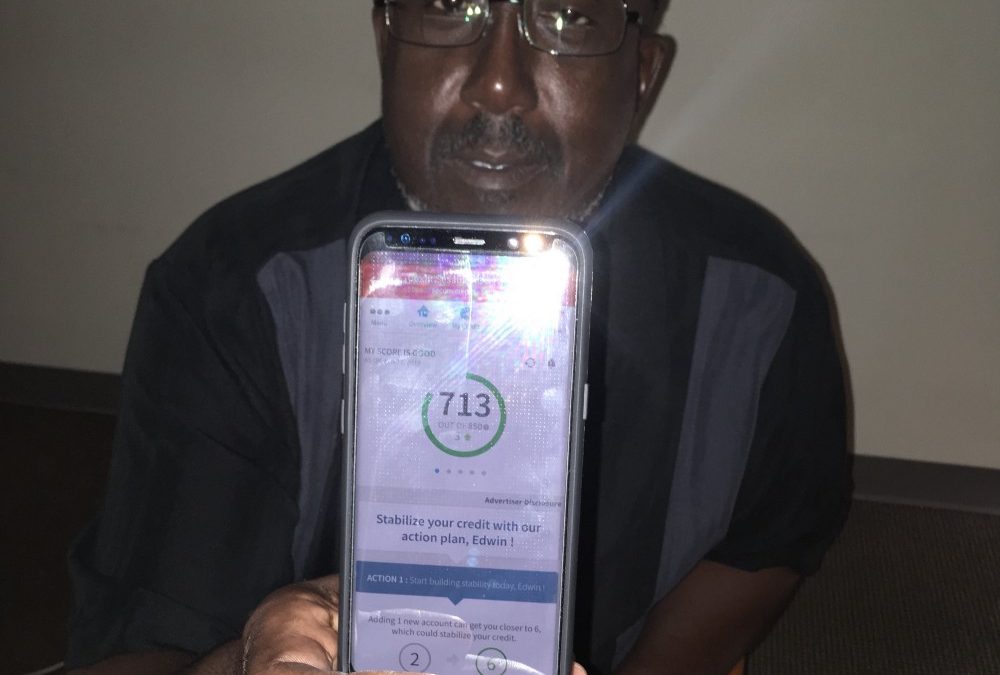 For 20 years, Edwin Walker faced more hardships than most people could handle in a lifetime. Struggling to maintain a steady income and care for his elderly mother, Edwin found himself borrowing money from lender services, pushing him deeper into debt. With a credit score in the low 400’s, it was likely that Edwin would never qualify for a loan from his bank.

It wasn’t until Edwin met HOPE Financial Wellbeing Coach Milagros Agosto at HOPE Inside Truist — Tampa that knew he had been given a second chance at life.

Milagros taught Edwin how to read his credit report and worked with him and collectors to negotiate lower amounts to pay off his debt. After a few months, Edwin began to see his credit score increase but still needed assistance cycling out of using loan services.

Because of the HOPE Credit and Money Management Program, Edwin regained a sense of drive and purpose and began using his skill as a handyman to gain additional income to pay off his debt. He found the money to take care of his mother and has even invested into renovated her home.

At 58, Edwin is now a member of the 700-Credit-Score-Community and has grown a healthy savings account of more than $3000.