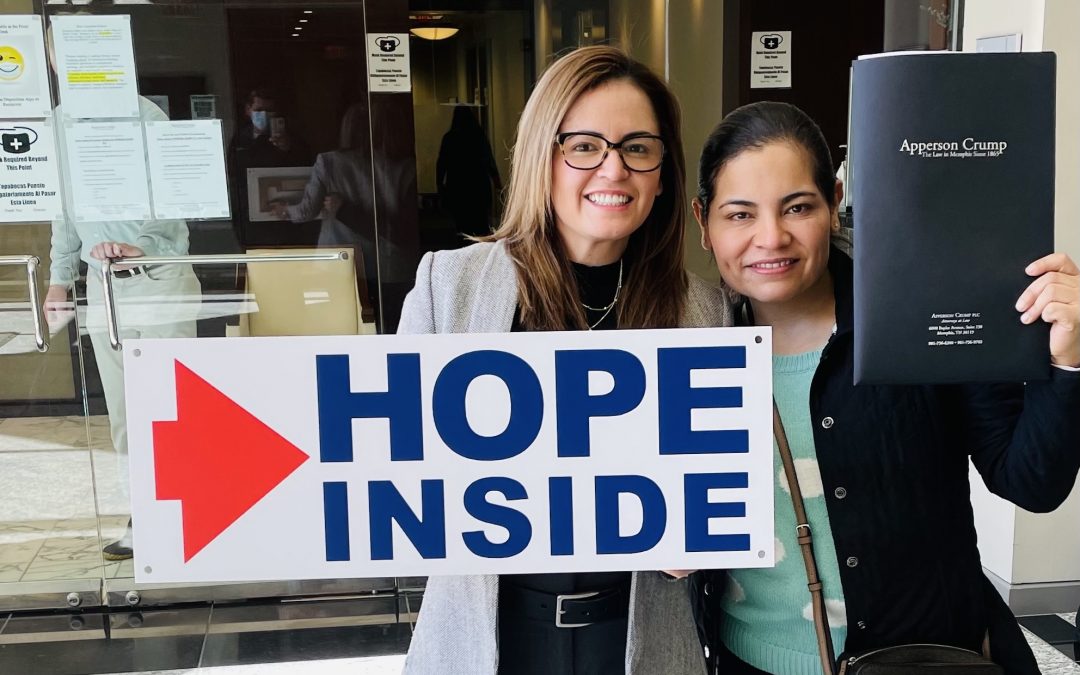 Nely Medina came to HOPE Inside First Horizon Bank Hickory Hill, through a recommendation from a family member back in November 2019. She first came to the United States back in 2005. Since she was new to the country, she was unfamiliar with the credit system and needed to learn what is was, how it worked, and how she could build and grow her credit profile. She also wanted to work on her savings and needed help establishing a budget.

Since arriving, Nely had been working hard and was renting an apartment. She began dreaming about owning her own home a couple of years ago but thought it was impossible to achieve. She finally moved ahead past her doubts and applied for a mortgage anyway only to be denied the loan. Her dreams of owning a home were shattered. She later learned that she did not have enough credit history, her debt to income ratio was not where it needed to be, and her savings was not enough toward her down payment.

That’s when she found Operation HOPE and enrolled in our Credit and Money Management program and met her financial wellbeing coach, Maribel. The two hit it off great and they immediately began working together to help Nely achieve the American Dream. Maribel encouraged Nely to believe in her vision for the future and to dream again. The first step in achieving Nely’s homeownership goals was to establish a work plan. Maribel taught her strategies for reaching her financial goal and specific action items that she needed to follow which included paying off her car in less than a year to decrease her debt to income ratio.  It also included a savings plan to set aside part of her income towards the down payment for the house.

Fast forward to a little over a year of following her work plan to the letter and attending all the follow up counseling sessions Operation HOPE program provided every month.  She increased her credit score from non-existent to 804!  Her savings amount has grown close to $40,000 and she has built a great credit report with a good mix of trade lines.

Once again, she applied for a mortgage. To her surprise, she was prequalified for a mortgage loan starting at $180,000 up to $200,000!  She dared to dream again and finally her dream came true earlier this month.  She closed on her home mortgage and received the keys to her new home!  She is very grateful for the coaching Maribel provided and for the program that Operation HOPE along with its partnership offered at no cost to her.

She truly believes that this would have not been possible if not for the Operation HOPE program and the personalized coaching she received every step of the way.