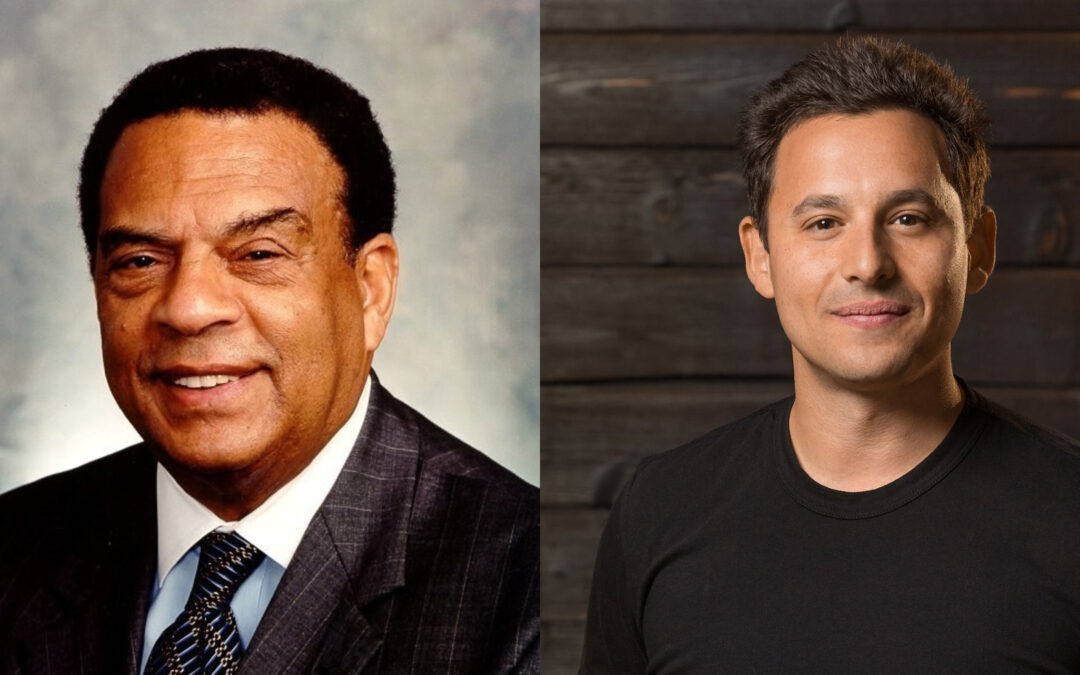 “As the last living link to the incredible journey for social and economic justice started by Dr. King so many decades ago, we are truly honored to have Ambassador Young share his wisdom, perspective and brilliance to help guide us on this unprecedented journey forward.”Tweet this

Ambassador Young, Chairman of the Andrew Young Foundation and former U.S. Ambassador to the United Nations, U.S. Representative and Mayor of Atlanta, and Mr. Finkelstein, President of Shopify, the leading global commerce company powering more than one million entrepreneurs and businesses, join a distinguished Board that consists of some of the country’s top executives in business, banking and the non-profit and NGO sector. HOPE Global Advisory Board members provide guidance and support for Operation HOPE in its commitment to provide financial literacy education and economic empowerment for individuals and small business owners living in under-served communities.

Ambassador Young has been the long-time Global Spokesman for Operation HOPE as well as the Co-Chair and regular speaker at the HOPE Global Forums Annual Meeting. Mr. Finkelstein and Shopify recently partnered with Operation HOPE to launch the HOPE One Million New Black Business & New Black Entrepreneurship Initiative (1MBB) with a goal to help create one million new Black-owned businesses in the U.S. by 2030.

As President of Shopify, Mr. Finkelstein oversees the company’s commercial teams, growth and external affairs. He previously served as Shopify’s Chief Operating Officer. Prior to joining the company in 2010, he founded numerous startups and ecommerce companies. Recently, he received the Canadian Angel Investor of the Year Award, Canada’s Top 40 Under 40 Award, and was inducted into the Order of Ottawa. Harley has also served on the Board of Directors of the Canadian Broadcasting Corporation (CBC) and the C100. He holds a Bachelor’s degree in Economics from Concordia University and a J.D./M.B.A. from the University of Ottawa.

Ambassador Andrew Young was a key confidant and strategist to Dr. Martin Luther King, Jr. during the critical years of the civil rights movement. In 1972, he was elected to represent Georgia’s 5th district, the first African-American elected from the South since Reconstruction. He was appointed by President Jimmy Carter to serve as the U.S. Ambassador to the United Nations, the first African-American to do so. In that role, Ambassador Young established the framework for international negotiations that led to democracy in several nations in Southern Africa. Ambassador Young served as Mayor of Atlanta from 1982-1990, bringing jobs and $70 billion in private investment to the City during a recession. His leadership, vision and global reputation were instrumental in bringing the Centennial Olympic Games to Atlanta in 1996. Ambassador Young retired from GoodWorks International, LLC, in 2012 after well over a decade of facilitating sustainable economic development in the business sectors of the Caribbean and Africa. Ambassador Young has received honorary degrees from more than 100 universities and colleges in the U.S. and abroad. His many awards include the Presidential Medal of Freedom, the NAACP’s Springarn Medal and France’s Legion d’honneur, the nation’s greatest honor.

“I am extremely pleased and honored to welcome Harley Finkelstein and Ambassador Andrew Young, two exceptional leaders and friends of Operation HOPE, to the Global Board of Advisors,” said John Hope Bryant, Founder, Chairman and Chief Executive Officer of Operation HOPE.

“Harley Finkelstein personifies the ‘PhDo’ approach I speak of regularly, and through his leadership at Shopify, has helped to supercharge our 1 Million Black Business Initiative. Harley does not see a differentiating line between heart and head, or morals vs money. He sees them, as I do, as integrated – that you can do the right thing, ignite growth for people, the private company, and country together. I love the way he thinks, and even better, how he leads.

“Like most of us, I have known ‘of’ Ambassador Young for most of my life, but getting to ‘know’ Ambassador Young as the incredible citizen of the world that he is has been one of the great gifts of my life. Ambassador Young has served as our Global Spokesperson for over a decade, and has been instrumental in the significant growth Operation HOPE has experienced.

“Ambassador Young is my personal hero, and a true moral role model for all who desire to prove that we are one family, living in different home addresses. This is how Young lives his life, as a giver. He has also proven that decency and dignity, and consideration of others, when running and building an economy, works better than most any other model. This was the case during his time as mayor of Atlanta, or co-chair of the Atlanta Olympic Games, or serving on the board of Delta Airlines, convincing them to fly to Africa for the first time. Atlanta is now the biggest economy in the southeast, and the only international city in the American South, and Delta Airlines, one of the best airlines in the world.

“As the last living link to the incredible journey for social and economic justice started by Dr. King so many decades ago, we are truly honored to have Ambassador Young share his wisdom, perspective and brilliance to help guide us on this unprecedented journey forward.”

“John Bryant and Operation HOPE have developed an approach to America that starts with the least of God’s children, offering people a hand-up, not a hand-out. I see the work of Operation HOPE as picking-up where we left off in the great struggle for Civil Rights. It has been an honor to serve as Global Spokesperson for Operation HOPE, and I look forward to contributing further as a member of the Global Board of Advisors,” said Ambassador Young.

“I am incredibly honored to join the HOPE Global Board of Advisors,” said Harley Finkelstein. “I’ve been a longtime admirer of the pivotal work that John and the HOPE team have been championing. I look forward to furthering my and Shopify’s commitment to helping break down barriers to entrepreneurship and providing the tools for success to underrepresented small business owners.”

Since 1992, Operation HOPE has been moving America from civil rights to “silver rights” with the mission of making free enterprise and capitalism work for the underserved—disrupting poverty for millions of low and moderate-income youth and adults across the nation. Through our community uplift model, HOPE Inside, which received the 2016 Innovator of the Year recognition by American Banker magazine, Operation HOPE has served more than 4 million individuals and directed more than $3.2 billion in economic activity into disenfranchised communities—turning check-cashing customers into banking customers, renters into homeowners, small business dreamers into small business owners, minimum wage workers into living wage consumers, and uncertain disaster victims into financially empowered disaster survivors. Project 5117 is our multi-year four-pronged approach to combating economic inequality that aims to improve financial literacy, increase business role models and business internships for youth in underserved communities, and stabilize the American dream by boosting FICO scores. Operation HOPE recently received its sixth consecutive 4-star charity rating for fiscal management and commitment to transparency and accountability by the prestigious non-profit evaluator, Charity Navigator. For more information: www.OperationHOPE.org. Follow the HOPE conversation on Twitter, Facebook and Instagram.