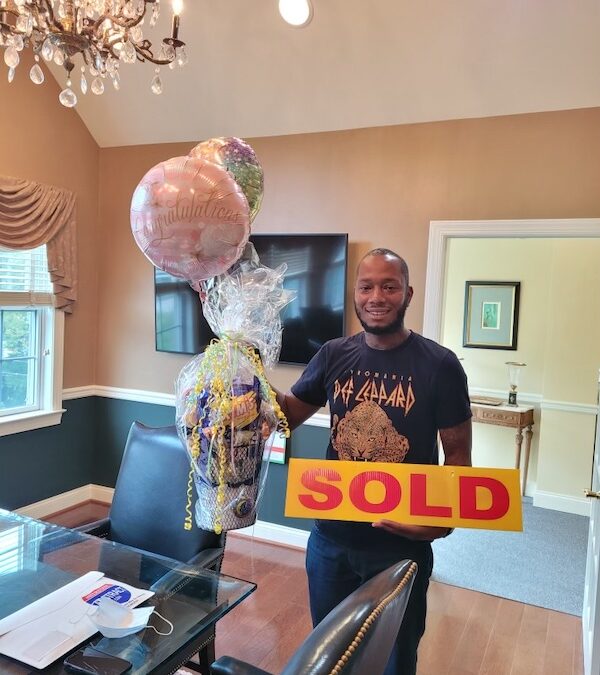 Sean Hall made up his mind about his financial goals and never looked back. He began his journey towards financial wellbeing back in March 2020, days before the COVID-19 pandemic would sweep our nation and the world into a sea of uncertainty and economic instability. In what would be his first and only in-person session with his financial wellbeing coach, Predeitha, from HOPE Inside Fulton Bank Philadelphia, he wanted the first point of transformation to be on the ground level with his credit and money management. Pradeitha pulled his credit scores, began building a plan for Sean to follow, and encouraged him to reach out to her if he needed support and guidance along the way.

Early on, Sean struggled to follow the plan as the pandemic brought about new levels of financial strain into his life. As a result, his credit score fell further and he was pulled further away from his goals. Nevertheless, he persisted in pursuing his financial goals. He gathered himself, readjusted, and remembered why he began his financial wellbeing journey in the first place. He wanted to obtain a sense of freedom and pride which could then translate to even bigger wins in the future. With a renewed mindset and increased focus, Sean added another financial goal to his list. He wanted to become a homeowner.

Determined t make a difference for his family, Sean began working with Pradeitha to rebound from the drop in his score and raise it so that he could qualify for a mortgage. After receiving several mortgage referrals and resourceful mortgage product information from his coach, he was pre-approved for a $225,834 mortgage loan in May 2021 with hopes of applying for a grant to help with closing cost assistance. However, Sean was met with more disappointment and another setback. By the time he was ready to move ahead with securing the home, he learned that the grant money had run out and the program was closed. He would now need to bring $14,087 to the table.

He called Pradeitha in distress and they once again proceeded as they had always done. They paused, reassessed, recalibrated, and moved forward towards the goal. He began to put his new work plan into action with the goal of increasing his credit score to 660 or higher so that he could ask to be reviewed for a new loan product called K-Fit through the Pennsylvania Housing Finance Agency (PHFA). This loan product allows borrowers to borrow money for the down payment and closing costs as a 2nd mortgage for the purchase of a new home and it is then forgivable in 10 years.

Sean followed the plan down to the final detail and it all paid off. He closed on his new home in late August and is enjoying the fruits of his labor. Sean’s story reminds us that if you set your sights on a goal and work towards it with all of your heart, you will accomplish what you set out do, no matter how long it takes and in spite of the challenges you face. Hard work, dedication, and determination can’t be beaten!