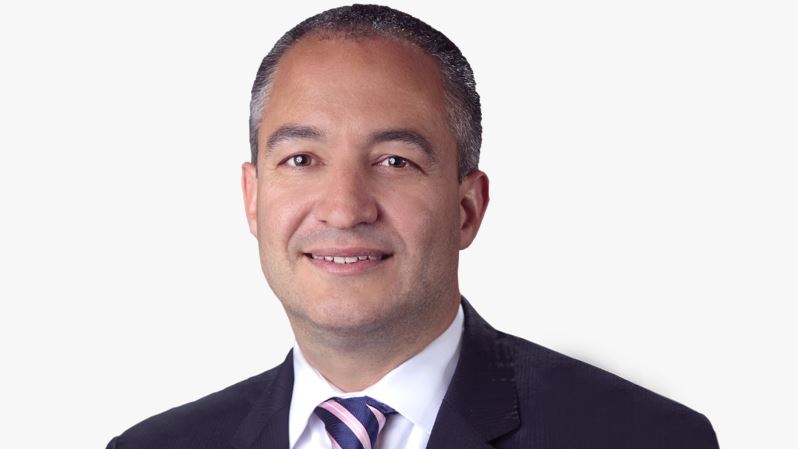 In October 2019, Boundy led Experian to join Operation HOPE as a partner to enhance financial inclusion across the United States. This partnership combined Operation HOPE’s education and counseling programs with Experian’s credit education knowledge, capability and services like Experian Boost. Joining the HOPE Global Advisory Board is another step for Boundy to carry out his vision for Experian’s corporate responsibility and commitment to increasing financial literacy and using data and analytics to help people manage their financial lives.

Boundy joins a distinguished Board that consists of some of the country’s top executives in business, banking, nonprofits and NGOs. HOPE Global Advisory Board members provide guidance and support for Operation HOPE in its commitment to provide financial literacy education and economic empowerment for individuals and small business owners living in under-served communities.

“Having a strong board culture is vital to Operation HOPE’s long-term success. This requires the addition of leaders, like Craig, who’s values align with our overall vision,” said John Hope Bryant, Operation HOPE founder and CEO. “As we continue to grow and serve communities in need, his unparalleled expertise will also accelerate our ability to disrupt the status quo and affect meaningful change.”

“I am proud to join Operation HOPE’s board to help further its mission of empowering the financial health of diverse communities,” Boundy said. “Together, we can help improve access to financial education, tools and services that ultimately benefit society as a whole.”

An accomplished global business leader, Craig joined Experian in 2011 as Managing Director of Experian UK and Ireland before becoming CEO of North America in 2014. Prior to Experian, Craig was CEO of Logica in the United Kingdom, having joined the organization in 2008 as CEO of Global Operations. Before that, he served as Chief Operating Officer for Cable & Wireless’ business in Europe, the United States and Asia. Previously, Craig served as Sales Director and then COO at Energis. His early career was with British Telecommunications.

Experian North America prides itself on its workplace culture of inclusion and recently received its recertification as a Great Place to Work for the third year in a row. The company ranks in the top 40 Fortune Best Large Workplaces in Financial Services and Insurance, and the Fortune 100 Best Companies to Work For 2021. The Human Rights Campaign Foundation granted the company a perfect score in its Corporate Equality Index, and Experian has been named by Forbes as one of the top 100 Most Innovative Companies in the world.

Since 1992, Operation HOPE has been moving America from civil rights to “silver rights” with the mission of making free enterprise and capitalism work for the underserved—disrupting poverty for millions of low and moderate-income youth and adults across the nation. Through our community uplift model, HOPE Inside, which received the 2016 Innovator of the Year recognition by American Banker magazine, Operation HOPE has served more than 4 million individuals and directed more than $3.2 billion in economic activity into disenfranchised communities—turning check-cashing customers into banking customers, renters and homeowners, small business dreamers into small business owners, minimum wage workers into living wage consumers, and uncertain disaster victims into financially empowered disaster survivors. Project 5117 is our multi-year four-pronged approach to combating economic inequality that aims to improve financial literacy, increase business role models and business internships for youth in underserved communities, and stabilize the American dream by boosting FICO scores. Operation HOPE recently received its seventh consecutive 4-star charity rating for fiscal management and commitment to transparency and accountability by the prestigious non-profit evaluator, Charity Navigator. For more information: www.OperationHOPE.org. Follow the HOPE conversation on Twitter, Facebook and Instagram.